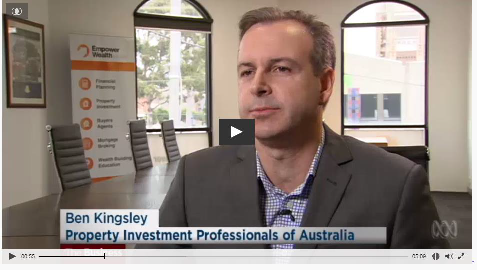 The Prime Minister has continued to ramp up his attack on Labor’s commitment to roll back negative gearing. While the politicians trade blows investors groups are claiming the changes will hit the property market at the wrong time. Reductions to negative gearing and the capital gains tax concessions are due to take effect in twelve months, should Labor win government.

BEN KINGSLEY: It does threaten the property market and the reason why does is because it’s being part of the fabric of property investing for a long time.

PHILLIP LASKER: Ben Kingsley’s organisation represents everyone who’s anyone in the world of professional property investment, real estate agency, investment professionals, banks and mortgage brokers. He says Labor’s policies are based on inadequate and misleading economic modelling that makes it a dangerous risk because it affects a massively important asset class like property. But the lobby group says change shouldn’t be attempted without proper modelling which admits it’s impossible.

BEN KINGSLEY: You’re trying to predict investors’ behaviour. So it is a very difficult thing to model when you’re talking around 9.7 million dwellings and you’re talking about working on averages where property prices in some areas are as low as 50 thousand dollars and in other areas as high as 30 million dollars. The law of average shows us that the modelling wants a very big change even though within those numbers it could be dramatic falls.

BEN KINGSLEY: We’ve started to see an oversupply already and we potentially might move to a more severe oversupply over the next 18 months…It’s definitely a supply story but it’s also for consumers to sort of an understanding. They’ve got to start lower on the ladder and work their way up into their dream home.